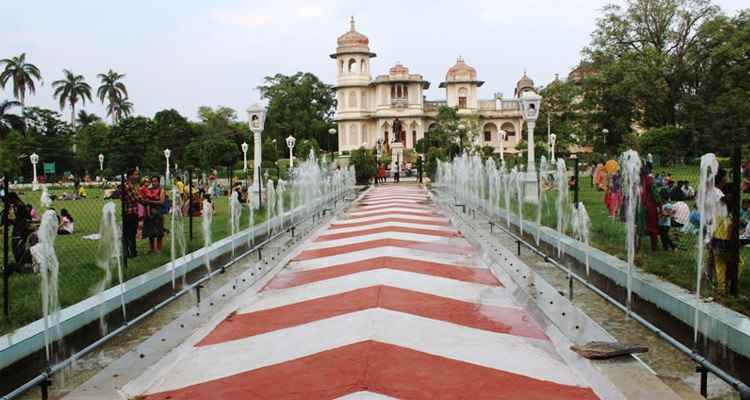 Udaipur is a mystical place with an agglomeration of lakes, magnificent forts, and scenic gardens. The city delivers exquisite creations one after another spread across the expanse. Gulab Bagh in Udaipur or Sajjan Niwas Garden is a heavenly delight in the dry and arid climate of Rajasthan.
Filled with innumerable varieties of roses within the garden premises and stretching across 100 acres land, Gulab Bagh derives its name from the blooming roses within the garden.

Gulab Bagh is a historical site built in Udaipur, Rajasthan at the initiative of Maharana Sajjan Singh in 1878 and the handiwork of T.H.Story, a horticulturist from Madras, who was commissioned by the king in 1882 to sprout the garden with plants and herbs with medicinal attributes.
Gulab Bagh is situated on Lake Palace road, in close proximity to Pichola Lake and housed in the South Eastern region of City Palace premises. Sajjan Niwas Garden or Gulab Bagh can be accessed via local auto rickshaws and private or hired cabs, local buses and even Tonga rides. 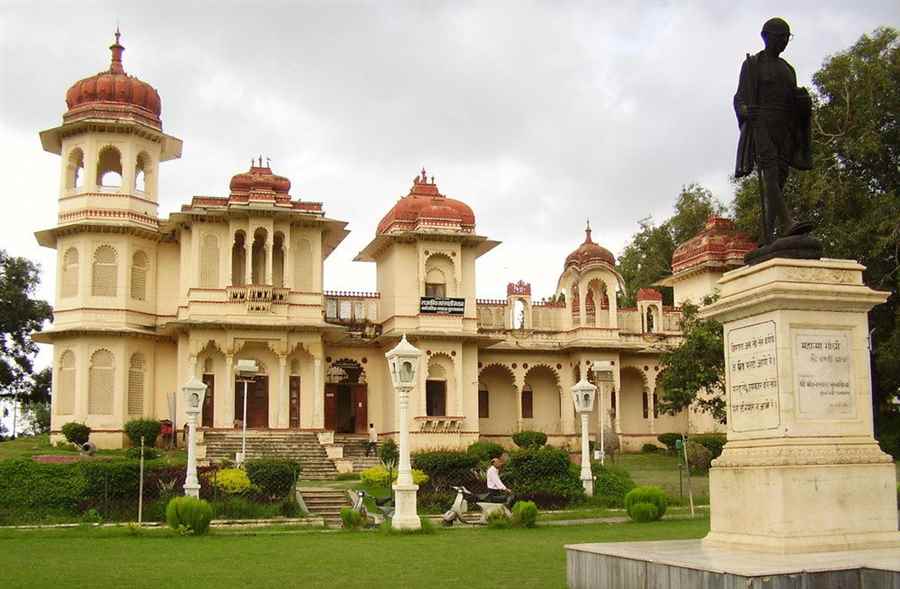 The garden of Gulab Bagh also houses the 4th oldest zoo in the Indian sub continent along with several breeds of trees ranging from guava, litchi, mango, jackfruit, grapes, bor, mulberry, arjun, grandi flora, wood apple, jasmine, lemon, karonda, citron, pomegranate to name a few.
Previously all the trees in Gulab Bagh used to have individual name plates signifying their botanical names along with their names in English and Hindi, which is not visible nowadays.
A lotus pond is found in the garden premises along with a small pond which used to nourish a water lily but later was razed for building a structure of waterworks.
Gulab Bagh derives its name from the voluminous spread of roses in a farm on the garden premises and it was also nicknamed Bara Bagh due to its huge area but the name was replaced later and it is solely known by the name Gulab Bagh at present.
The garden has quite a history as it was ushered in by Lord Lansdowne on the initiative Maharana Sajjan Singh who laid the base of the Victoria Museum in 1890 which is now popular by the name Saraswati Bhawan Library within the garden. The museum houses unique artefacts and ancient stone holographs as old as 3rd Century BC and 17th Century AD.

Things to see at Gulab Bagh 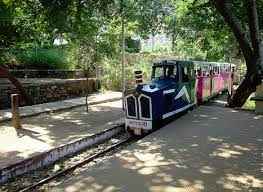 The garden of Gulab Bagh houses a statue of Mahatma Gandhi, the great freedom fighter in the Indian war of Independence. Prior to this, a statue of Queen Victoria used to occupy this place in front of Victoria Museum that was inaugurated by Prince Albert Victor in 1890.
Gulab Bagh used to be an arena for flower and vegetable shows since its inception and these shows were a regular affair during reign of Maharana Fateh Singh.
The zoo used to shelter rare species of animals from world over who were rehabilitated to other zoos in India post independence. It still contains some species of birds and animals which keeps the children entertained along with a small train that encircles the entire park.

Maharana Fateh Singh also founded the library known as Saraswati Bhavan Library which preserves books and texts pertaining to Indology, History, and Archaeology along with rare collection of manuscripts dating back centuries. Victoria Hall Museum on the garden compound of Gulab Bagh houses rare specimen of antiques, curios, artefacts and other items of historical importance.

In short a visit to Gulab Bagh will transport a visitor to the Rajput era filled with the aroma of blossoming roses and the architectural beauty of the place in itself is an enigma to marvel.