The cuisine of Udaipur mainly comprises of mainly vegetarian food as the location has the domination of Jainism and Vaishnavism. The food usually consists of more vegetables and lentils. It is further spiced up with an impressive combination of spices that are well related to Rajasthani tastes. An array of curries are served here that are made from dals, lentils and yoghurt. Many meals would feature ocra or dry mango or a peculiar sangri beans as an accompaniment. Udaipur cuisine has a delicious platter of food as it has many breads that are deep fried and lots of chillies that makes it a lip smacking one. 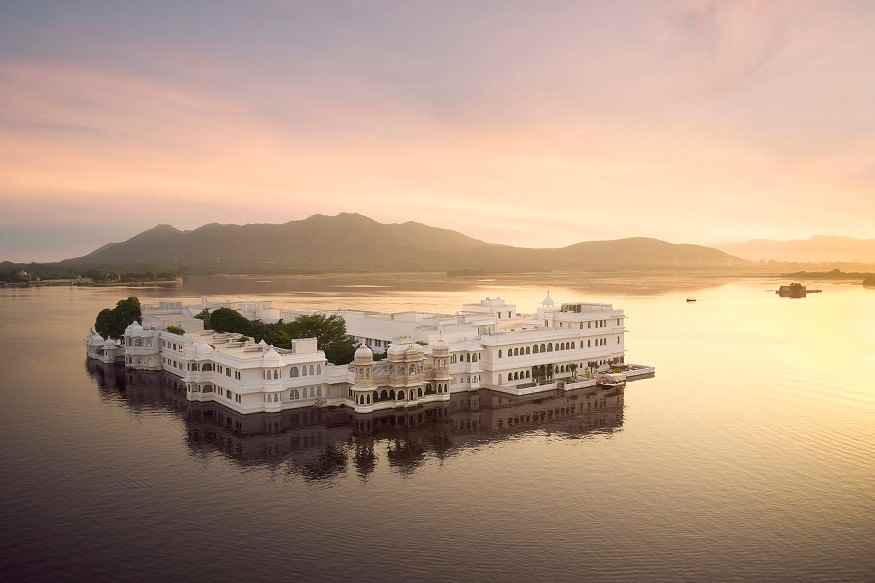 Why is Udaipur's Cuisine Considered so Good

Udaipur excels in its possession of heritage, culture and traditions. The rich culture, traditions and heritage of Udaipur is clearly visible in the food in the city. Not only the people of Udaipur but people all over Rajasthan love to eat vegetarian food and this is the reason why different varieties of vegetables, dals, spices and dry fruits are very popular in Rajasthan and Udaipur. Ghee is the main ingredient that is used in all the food that are prepared in Rajasthan.

Rajasthani food has accomplished a great position among the world’s most relished delicacies and the description of food found in Rajasthan would remain incomplete without mentioning Dal-Baati-Churma which is the most famous food of Rajasthan. Udaipur is a city in Rajasthan that excels in the preparation of Dal-Baati-Churma. The dish consists of round breads known as baatis that are flaky and baked over Kandas (cow dung) or firewood. The process of baking the baatis can also be carried out in electric ovens and gas tandoors. These baatis are ghee dipped and they are served with churma and dal. Ghee is the main ingredient that is used for making this dish where the baatis are dipped in pure ghee and the spices for the dal are fried by the use of ghee, ghee is used for preparing the dal and then more of pure ghee is added to the dal while serving it.

Churma is the unsalted dough that is left while preparing the baatis. This dough that is unsalted in round shaped and it cooked on a flame that is low. The dough when cooked also becomes baatis that are crushed and jaggery or sugary is added to the crushed baatis accompanied with ghee and this is a sweetmeat known as churma. These three dished together are served as Dal-Baati-Churma make for a very filling and simple meal though they sound a little difficult. The Dal-Baati-Churma is a very famous recipe and no wedding or festive menu in Rajasthan is complete without the inclusion of this dish.

This dish evolved in Rajasthan due to the nomadic tribes. The dish includes the Baati that is considered to be very nutritious and at present the food has become one of the staple foods of Rajasthan. This recipe is a favorite among the people of Rajasthan and all the cities and towns of Rajasthan possess restaurants that specialize in this food. Udaipur is also a city in Rajasthan where people love to make this recipe.

There are many eateries in Udaipur that offers Thali or platters having a large selection of Rajasthani dishes. The Thali includes vegetables, rice, dals, sweets and chapattis. Ambrai is one popular restaurant in Udaipur known for its delicious thalis; it is located very close to Lake Pichola and it is the perfect place to relax in Udaipur. Bawarchi and Natraj are the other restaurants in Udaipur that are very popular in serving Rajasthani cuisine.

The other famous restaurants in Udaipur that specialize in various Rajasthani dishes are:


Click Here to know about the Top 10 Restaurants in Udaipur

Street foods serve as fastest relievers when hunger pangs hits you. There are a number of street food options available in Udaipur and they also serve as the best place to hang out with friends and family. The best place to get street food in Udaipur is Sukhadia Circle located at Fateh Sagar which consists of various stalls that indulge in the sale of street foods of different kinds. Infact there are various areas in Udaipur that specialize in street foods like Vada Pav, Gol Gappe, Chaat, Chole Kulche, Dabeli and Pav-Bhaji. Since the people of Udaipur and the whole of Rajasthan are basically vegetarian, they love to have these delicious snacks on a regular basis.

These are some Indian snacks that are loved by the people of Udaipur though they are claimed to be unsafe and unhygienic for the health. Udaipur excels in street foods of different kinds that are taken during lunch breaks, parties, evening strolls and even during breakfast by the people of Udaipur. The sight and the smell of these dishes that are mouthwatering make the people bend for them. Udaipur serves food of all types to its citizens and it basically deals in serving regional foods from different parts of India. Some of the best street foods found on the streets of Udaipur are the following:


Chaat
Chaat is a favorite among the people of Udaipur and there are various varieties of chaat that the street food sellers in Udaipur deal in. Sev chaat, papdi chaat and dahi chaat are some of the chaats that are very popular in Udaipur. These chaats have basically originated from Gujarat and Uttar Pradesh. Brijwasi chaat is also very famous in Udaipur which is a very tasty and spicy chaat loved by the people of Udaipur.

GolGappe (PaniPuri)
Gol means oval shape stretching of the mouth for gulping down the gappa which is a hollow and crisp puri that is dipped in water which is tangy flavored. This is one street food in Udaipur that is very popular and it owes its origin to Magadh in Bihar. There is a common saying that there is no girl on this Earth who would not like GolGappe. There are many vendors found in Udaipur in the Bapu Bazar, Shakti Nagar and Sukhadia Circle areas found dipping hands in tangy water to serve GolGappe to the people with some more of onions.

Vada Paav
Udaipurites have also started loving Vada Paav in the recent times. Vada Paav is a Maharashtrian snack that consists of a potato vada or batata vada placed amidst two paavs. There is a famous stall in Udaipur at Lok Kala Mandal very close to the Harbour Restaurant, that sells Vada Paav and it has become a happening and hit place for the people of Udaipur who want to relish the Vada Paav.

Paav Bhaji
There are two famous Paav Bhaji stall in Udaipur namely Bombay Paav Bhaji and Pandit’s Paav Bhaji. The dish owes its origin to the Mumbai textile mills and at present it is recognized as the best street food throughout India. This street food in Udaipur is available in varied flavors and is loved by the Udaipurites. The spicy bhaji is made out of smashed vegetables and is served with hot paavs that are roasted and then buttered. This dish is not included in the category of snack in Udaipur because most of the people in Udaipur take this dish as dinner sometimes.
Dabeli
This is yet another snack or street food in Udaipur that is very famous and it owes its origin to Kutch in Gujarat. There are many stalls in Udaipur that indulge in the sale of Dabeli but the most famous stall among all is the Stall of Shankar that is located near Sukhadia Circle. Dabeli is a snack that remains very close to Vada Paav in taste and preparation but it is slightly sweet and is served with pomegranate and peanuts added to it while preparing the dish. This dish also consists of smashed vegetables stuffed amidst burger buns.

Chole Kulche
Chole Kulche is a dish that is fast emerging as one of the favorite dishes of the Udaipurites and it possesses a Punjabi flavor that is quite exquisite. Kulche is basically flat bread prepared out of maida and served with chole and it owes its origin to Punjab. Balaji stall located at Madhuban in Udaipur is very famous for its specialization in the sale of Chole Kulche

These are the yummy foods that form the food treats of Udaipur and are found on the beautiful streets of the city of Udaipur. The people who visit Udaipur as tourists should make it a point to relish some of these foods that are not only famous in Udaipur but throughout India.